There was a sudden realization yesterday that I let something happen. It was gradual, mindless, though deliberate. I allowed Peter Pan to grow up.
To explain, Peter Pan has been my idol since… forever. I loved the curiosity, the daring, the energy, the bravery, and the fact that he found magick and mystery in everything and everyone. I too was like this! (or so I thought).
My spiritual world was always there. The Otherworld was always right there – visible and tangible. I could hear/see/speak with all that I needed; creatures and beings of all sorts.
And then – it was gone.
I allowed the Nothingness, the Dementors of the mind, the Mundane world of being Responsible and Adult to creep in and over everything that sparkled. Creep in so thoroughly, until it snuffed it out.
I have been feeling very frustrated in life, but was not sure why. My life was improving, I was riding the waves of marriage better, my dog was even living well with the cat and my sons – well…. that’s for another post. So where had the sparkle gone? Why the frustration?
In our coven, we are reviewing/learning the “Castings” book, by Ivo Dominguez Jr.. Now, I read this nearly 20 years ago and have used it in a reference style ever since. But I had decided at lunch yesterday to reread it – starting from the Introduction on through. And bam – that was where it was shone. In the words of the Introduction, “When you took your first step onto your path of magickal and spiritual development, did you not long for the strange skies of the otherworlds, conversations with the Shining Ones, keys to the gates, or the smell of flowers in a Faerie glade?” …and I found I had tears silently falling as I read this.
Magick is still a part of me and around me — but I have not looked for it, lived in it, reveled in it in some time. Many know of a past that was shaken but that now has been nearly a decade ago and I’ve since put my feet back on the path. But I had not, however, stopped the actions and thoughts of the person that lived that life 10 years ago.
Work, responsibility, money, home, car, friends, perceptions, etc. …I’ve allowed these things to shove all of that light aside and put an overlay of grey over everything.  And the biggest distraction is …my damn smartphone.  I cannot go even a minute now without looking at it.

As this new adult (not like I wasn’t mature when I was 20 or 30) , I’ve developed ADHD — though not diagnosed officially.  My mind will wander from item to item in a frantic pace, afraid is missing out on something. Wondering what others are thinking of me, mainly. But also – who is doing something better.  FOMO – an acronym I really can’t stand, but there it is.  And instead of me taking joy in the energy and using it to be curious – I’ve been putting it to use like a bloodhound, sniffing out more work, more responsibilities, more things to do to be this super hero in life.  The truth is though, by trying to be a super hero – I’m now seeming more like some pushy know-it-all who is unwilling to flex or bend.

Well, where in hell is the joy in that?

A few weeks, maybe even a month ago, I had for some reason chose a random book via Audible.com to listen to during my long drive to work.  This time, it was The Celtic Twilight by William Butler Yeats.  And as I listened to the words, the world shimmered. Something in my blood sang shimmered with it. It sent up a deep longing to be back in that mystical world again where wood and water, leaves and flowers showed their secrets — the joyful world that would make me smile and laugh.

I started noticing the hiccup of energy or the poke of the world that I was looking for attempting to be seen and felt.  I myself had been doing unconscious things as well in my own attempt to have the fey back in my life.  It all seemed so silly.  But I felt like there was no time.  No time for anything anymore.  And that’s when Peter Pan’s tale came

bounding back into my life.  If you’ve ever watched Steven Spielberg’s version of Peter Pan, Robin Williams plays this middle aged man who (spoiler) IS Peter Pan, though he grew up! In this tale the crocodile clock and Captain Hook seems even more poignant than ever before.  They are adulthood. They are the symbol of aging, of time moving ever forward, creeping up on you.  First it takes a hand, then a foot, then bit by bit – you are swallowed whole. And you reside now in the belly of the masses.   You swim in the juices of peer interaction, flashy iterations of yourself, watching as you and your friends change over and over again to fit into the clockworks without getting squashed.

This weekend, as I spent some rare quality time with my wife, after a rather emotional experience from someone younger and unstable left me in tears and questioning everything I was working for that year, I asked us to go through yet another exercise.  Can each of us write down that thing that we miss? That thing that has been tapping politely at the back of our brains, trying to get our attention.  The purpose was first to see and name the thing. The second was to make space for it.

Now, I’m not a physics major having never taken a class ever — but I do know what happens when you try to pour too much of one thing into another.  Eventually things either overflow or you break the receiving object.   …And to tell you truthfully, I’m getting damn sick and tired of being broken.  Especially when the end result isn’t even something I was looking forward to in the first place!

The time is now to stop looking at the clock and the phone, and to start looking at the trees, the creeks, the tall grasses, and the clouds.  To find the magick again in the mundane. To find the faerie in the field; the gnome in the normal.

So take heed my friends, because the crocodile is lurking always nearby. You can hear it’s ticking. “[Peter] sat down on a large mushroom, and now there was a quiver in his voice. “Smee,” he said huskily, “that crocodile would have had me before this, but by a lucky chance it swallowed a clock which goes tick tick inside it, and so before it can reach me I hear the tick and bolt.” He laughed, but in a hollow way.

…The crocodile passed him, but not another living thing, not a sound, not a movement; and yet he knew well that sudden death might be at the next tree, or stalking him from behind.”
You can’t stop the clock, but you can start the magick at any time.  FIND IT! 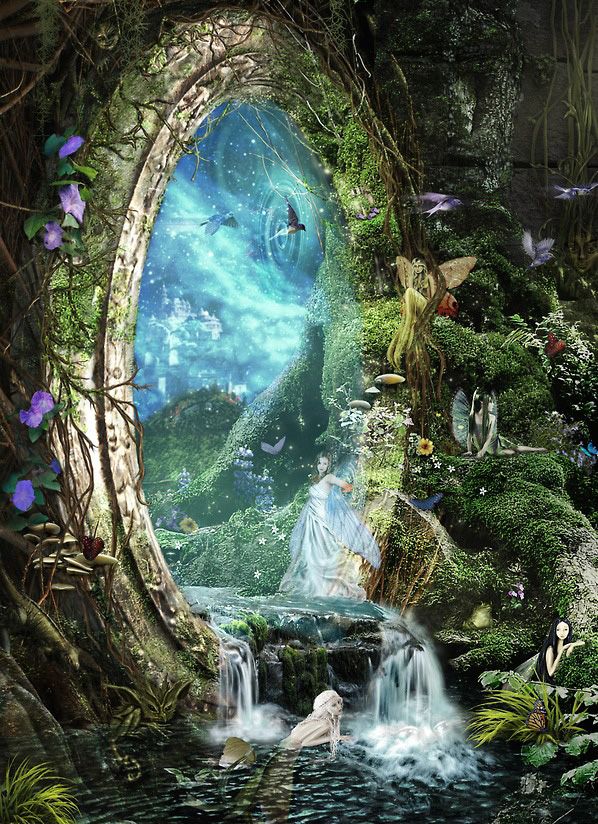